I’ve gotten behind on my posts. Life has been crazy busy and that means when I do have down time I typically don’t feel like sitting in front of a computer and writing about a recipe that failed. Well, it didn’t fail really but it just wasn’t as much fun as I thought it would be.

So let me tell you about grissini or Italian breadsticks. These aren’t puffy or soft breadsticks like you get at the Olive Garden. They’re crunchy and crispy and taste of olive oil and salt though I didn’t know that until I made them. I’d never had them before. The dough is interesting in that it does contain yeast, but I wouldn’t consider them soft bread. The dough comes together similarly to the other recipes thus far and it uses bread flour. The consistency was quite dense. Here’s what it looked like after mixing.

I found this dough – well, truthfully most doughs that require rolling – to be a bit tough to work with as far as getting it shaped. I did my best. I cut off the excess so that I could create long strip of dough. I did the first batch using a knife, but because I wasn’t getting even cuts I took the recipes’s suggestion and pulled out my pasta maker that we’d received as a wedding present. Set up was easier than I remembered and I quickly got up to speed. 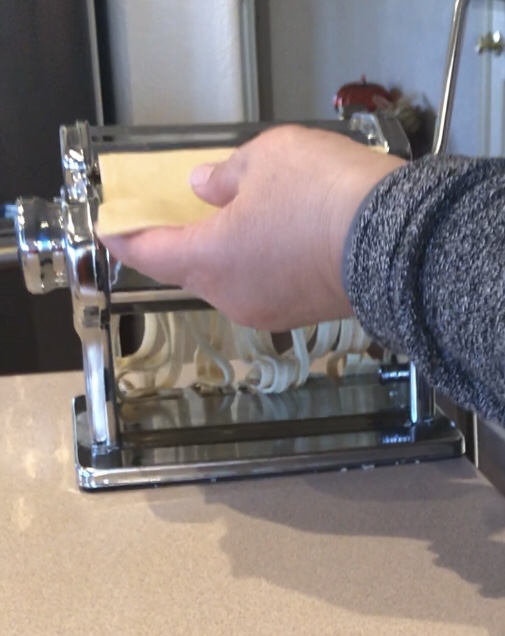 After all that, I loaded them up on baking sheets and brushed with olive oil I added sesame seeds and poppy seeds, but you wouldn’t know it after I stood them up. 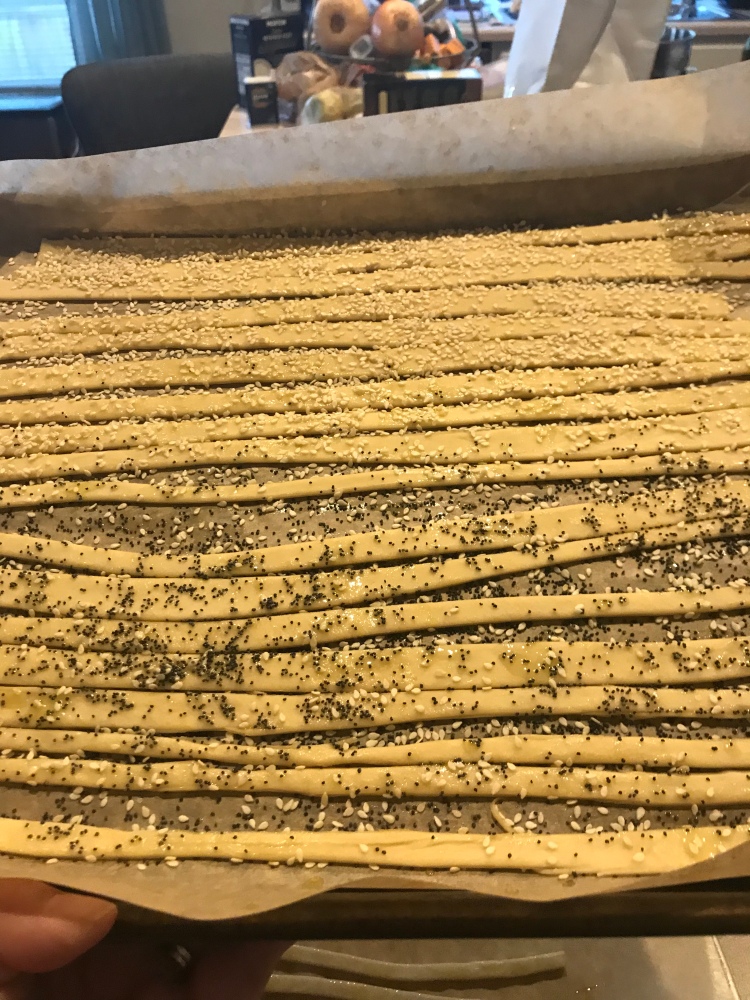 The other issue I had with them was they cooled off too quickly when I packed them up to bring to the ballet class to share with the other parents, so the texture was more chewy than crispy. I ended up putting them back in the oven when I got home. They crisped right up. Much better but honestly I’m pretty sure I’m never going out of my way to make them again. I did learn quite a bit and the good news is I have renewed interest in making pasta. Noodle party!

Mom. Wife. Friend. Daughter. Music Lover. Learner - especially of all things baking and pastry. It's not failure, it's just an attempt to do better the next time. "Do or do not. There is no try. " - Yoda View more posts